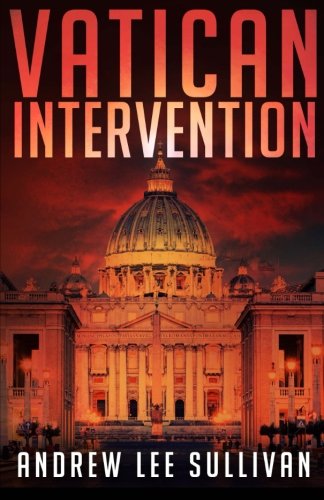 The author exposes the hidden and outrageous world of a budding Catholic institute. A discarded insider and captive in an apartment near Rome, the once broken priest with suicidal tendencies survives. He shares his ordeal and bares his soul with raw sincerity.

In 1979, an idealistic and naïve Sullivan leaves California and joins a wannabe religious order named Miles Jesu. Two tragic but unclear realities threaten his future. The young man has a condition that retards the proper development of his emotional life. The eighteen-year-old unwittingly joins a cult. These two menaces trigger gradual human destruction. Life deteriorates into a victim’s futile attempts to endure a virtual sociopath.

Then a miracle of overwhelming love bursts in the soul of Father Sullivan. Secrets of the power of love, Jesus’ love transform him. All hell breaks loose. Breakneck emotional development surges. His only path to human salvation is to escape into the Vatican and face his worst fears. He must risk his future and unmask the cult to seize his freedom. Sullivan must face the consequences of feeling divine and human love for the first time.

Vatican Intervention advances fresh outlooks on universal themes: love, prayer, risk taking. This incredible love story of Church tragedy and hope underlines the existential nature of receiving love. It reveals the surprising impact therapeutic meditation can have on human emotions and their growth.

Superbly written, the story reflects Capote’s feel of real and Grisham’s page-turning narrative. While documenting a true testimony, it reads like compelling fiction.

This testimony is an ideal follow up story to Spotlight: The Boston Globe’s Pulitzer Prize-winning coverage of sexual abuse in the Catholic Church. Yet, Vatican Intervention shows blinding light at the end of the tunnel.

This book is especially suited for Christians and Catholics. It offers insight about church scandals and shares an epiphany of hope for anyone harmed by them. Bishops, priests, ministers, religious, seminarians, students, and church worshipers can discover enlightenment, healing, and the transforming power of love within its pages. Above all else, this is a book for anyone who has hit rock bottom in life.

Vatican Intervention is being adapted into a major motion picture by producer, Mario Domina of ThunderBall Films, Ltd. The original screenplay adaptation will be written by Brian L. Porter, author, screenwriter, and co-producer. Andrew Lee Sullivan will contribute as the co-writer and associate producer for the project.

Miles Jesu and Legion of Christ

Andy Sullivan’s story is gripping, illustrative, harrowing and hopeful. He was an American founding member of Miles Jesu, another one of the “New Religious Movements” that blossomed in the Catholic Church in the 1960’s around the time of the II Vatican Council. Some of these were decidedly maverick.
Very well written, entertaining, a real love story, a tale of abuse, survival and vindication. It contains one bad guy and many good guys, innocent recruits that the charismatic “Fr. Duran” hauled in his wake as he created a (another) movement to save the Catholic Church from itself.
Sullivan’s survival tale is remarkable because it describes being drawn into an abusive group, coping with that, falling into despair, struggling with celibacy, reporting the group to the dioceses of Rome, getting free and finally being able to marry the love of his life. When Sullivan, who had been one of the order’s chief fundraisers, became disenchanted and began questioning he was punished in several ways, including being placed under “house arrest” in Ostia, Italy.
Very insightful is Sullivan’s discovery of his Affective Deprivation Disorder. What is really surprising is how Sullivan finds a spiritual path to recovery in the midst of mental and emotional chaos. The book is worth the price for this element alone. Find out for yourself.
As a former Legionary of Christ who lived during the Maciel era, there were hundreds of “ah-ha” moments for the reviewer. Incredible how all these “gurus” have the same modus operandi in winning over followers and getting them to do their bidding, imposing iron-fisted discipline on their followers while they “the primrose path to dalliance tread.”
Another unique feature is Sullivan’s detailed description of his complicated dealings with authorities in the diocese of Rome (Vicariate) and at the Vatican (Congregation for Religious and Lay Institutes, Congregation for the Clergy) as he reports the chaotic environment he has been living in and then tries to get free from Miles Jesu and, after psychotherapy and much soul searching, seeks a dispensation from priestly celibacy. He describes the steps Roman authorities took to rein in the maverick institution. Steps and interventions similar to the Vatican intervention of the Legion of Christ 2010-2014; the Vicariate appears to have been more effective but ultimately the measures peter out in the same way as with the Legion when high Vatican powers decide to “save” the institution instead of going deeper with the surgical knife or abolishing it outright.
Fortunately, at the end of the story the lovers are reunited, get married in the Ukraine, have children, return to the USA and live happily -if modestly- ever after.

ICSA’s recovery workshop for former group members has taken place in Colorado for the past 25 years. Attendees have given the workshop extremely high ratings year after year.

The facilitators, who have volunteered their time for many years, have decided that 2016 will be the last year for this workshop.

We have to give the center a final count of attendees one week before the workshop.  Therefore, you or somebody you know has less than a week remaining to register for the workshop.  Follow the link (or URL) below for more information.

Become amember of ICSA and gain access to an e-Library with over 23,000 items.

THE GOSPEL TRUTH ABOUT THE LEGION OF CHRIST

A privilege to be able to publish a serious work by a former Legionary of Christ who has given thought to how this religious organization works.

It has long been the contention of ReGAIN that the Legion has few, if any, doctrinal errors. That has never been the problem. As regards doctrine it is bland and repetitious.

What we have been questioning for the past few decades is

the organization’s modus operandi, i.e., how it operates, how it works, its internal operating system, how it recruits, maintains and expels or lets members go, how it raises enormous amounts of money, goes it alone without the local church and works almost exclusively with the upper classes; an aspect that only a small number of more perspicacious Catholics grasp.

Not so those who study “High Demand Groups”, such as International Cultic Studies, Cult Education’s Rick Ross, Combating Mind Control’s Steven Hassan, et.al. who all HAVE THE LEGION ON THEIR WATCH LISTS.  At least 8 American bishops has seen through the Legion’s appearances, “Glittering Images”, as British novelist, Susan Howatch, describes them in the Anglican Church.

Here we have a detailed study of that modus operandi

. Give it your attention.

The author has also regaled us with something about Fr. Maciel’s Movement, Legion/Regnum Christi:

“Apostolics” as in junior/minor seminarians, joining at high-school age or younger to discern their call to the priesthood(!!!)

Fr Maciel founded the Legion of Christ religious/priestly order 1941 ; then he founded the Regnum Christi organization (circa 1965) for lay people committed to the Legion at various levels of commitment. Later (1975) he began saying that the Regnum Christi was the over-arching movement embracing religious, clergy and lay people. But then, after revelations of Fr. Maciel’s triple life as a con-man (2009), the the Legion & Regnum wanted to distance themselves from the corrupt founder; the Regnum moved away from the Legion. Then a splinter group, Totus Tuus, separated from the Regnum Christi with the blessing of a Chilean cardinal….The Regnum is presently trying to restructure itself. Hope the reader can follow this labyrinthine journey.

If you are leaving the Legion or Regnum Christi and need help getting on your feet, ReGAIN can put you in contact with families who can and want to help you. You are not alone!

Legion in the News

Regnum Christi in the News

All data and information provided on this site is for informational purposes only. The ReGAIN Blog makes no representations as to accuracy, completeness, currentness, suitability, or validity of any information on this site & will not be liable for any errors, omissions, or delays in this information or any losses, injuries, or damages arising from its display or use. All information is provided on an as-is basis.

The information contained in this site is for general guidance on matters of interest only. The application and impact of laws can vary widely based on the specific facts involved. Given the changing nature of laws, rules and regulations, and the inherent hazards of electronic communication, there may be delays, omissions or inaccuracies in information contained in this site. While we have made every attempt to ensure that the information contained in this site has been obtained from reliable sources, ReGAIN is not responsible for any errors or omissions, or for the results obtained from the use of this information. All information in this site is provided "as is", with no guarantee of completeness, accuracy, timeliness or of the results obtained from the use of this information, and without warranty of any kind, express or implied, including, but not limited to warranties of performance, merchantability and fitness for a particular purpose. In no event will ReGAIN, its related partnerships or corporations, or the partners or employees thereof be liable to you or anyone else for any decision made or action taken in reliance on the information in this Site or for any consequential, special or similar damages, even if advised of the possibility of such damages.

Certain links in this site connect to other websites maintained by third parties over whom ReGAIN has no control. ReGAIN makes no representations as to the accuracy or any other aspect of information contained in other websites.

All image on this site have a license classified as "Labeled for Reuse", and are being used under that license.

If you have a concern about any posting or comment being factually incorrect, please contact us. Please provide details of who you are, how we can contact you, what your interest is, and what your concern is. If something has been written that is factually incorrect, it will be immediately addressed. Anonymous complaints will be ignored.

Help For All Blog

The latest news on WordPress.com and the WordPress community.